What will the Denver real estate market have to offer in 2014? Here is one experts thoughts…. 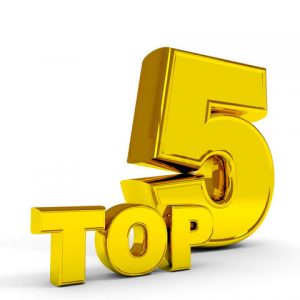 The U.S. real estate market made a robust comeback in 2013, surpassing expectations of many economists, as the combination of low inventories and historically low interest rates caused home prices to rise and even helped fuel bidding wars in some markets, surpassing the expectations of many economists. While positive trends, such as increasing home values, are expected to continue into 2014, mortgage rates are also expected to rise in the coming year and could put a damper on home buyers’ abilities to afford new homes.

Looking back at some 2013 data can give us a hint of the year ahead:

1. Inventory Should Gradually Stabilize and Return to Traditional Seasonal Levels

The beginning of 2013 could be characterized as the “year of low inventory” as buyer demand ramped up and homeowners waited for further price increases and evidence of a solid economic recovery before putting their homes on the market. The year began with a significant shortage of inventory (reported by realtor.com®), and then as early as February the level of shortages started to decline slowly. As 2013 comes to a close, inventory is approximately the same as a year ago. However, homes are selling faster than in 2012, with the median age of the inventory down by 11 percent.

2. More Homeowners Are Likely to Return to Positive Equity

Rising prices helped 2.5 million homeowners who were previously underwater regain positive equity status during the second quarter of 2013. However, approximately 7.1 million homes were still in negative equity at that time and an estimated 10 million homeowners, or about 21.1 percent of all homeowners with a mortgage, remained “under-equitied,” with less than 20 percent in home equity. The good news is that prices are expected to continue rising in 2014, which will lift more homeowners into positive territory. According to realtor.com®, median list prices for homes in October rose 7.57 percent above the same month of 2012.

3. Mortgage Rates Are Expected to Rise

Mortgage rates increased approximately 100 basis points in 2013 and are likely to rise in 2014. The new chairman-designate of the Federal Reserve, Janet Yellen, is expected to continue the policies of Chairman Ben Bernanke, including keeping mortgage rates low by buying blocks of mortgage-backed securities. However, the Fed has considered tapering its bond-buying activity as the economy improves, which could lead to a slight increase in interest rates.

4. Foreclosure Activity Is Expected to Slow

Foreclosure sales are likely to play a minimal role in the housing market in 2014. September 2013 was the 36th consecutive month with a year-over-year decrease in foreclosure activity. Foreclosure inventory has dropped to multi-year lows, down nearly 33 percent since the end of 2012. Foreclosure starts were down 39 percent in the third quarter of 2013 to the lowest level since the second quarter of 2006.

The National Association of REALTORS®’ Home Affordability Index, which compares home prices with income, dropped to a five-year low in 2013 as price increases outpaced income growth. If the U.S. economy begins to grow at a faster pace and incomes begin to rise, though, the affordability index will slide further from rising mortgage rates.

While no one can predict with certainty what the housing market holds in store for 2014, a constant in real estate is always that local markets vary widely in their performance. National numbers can tell a story about the economy in general, but home prices, inventory and foreclosure activity depend on local market conditions. Contact a Realtor® in your community for the most up-to-date information about your market.

This article was written by Michele Lerner at Realtor.com.