Many of Littleton’s beautiful old buildings have been saved from demolition, as city 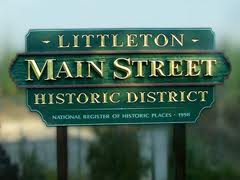 councils and residents realized what a treasure these old structures were. In 1998, city began an extensive restoration project on the abondoned former county courthouse, and in May 2000, the city rededicated the building as the new Littleton Municipal Courthouse. Other restoration projects in Littleton include the old Town Hall, which was restored and converted to a performing arts center and gallery. The Carnegie Library building served as the Littleton Public Library until 1965, and then as the Littleton police station and jail until 1977. Since 1979, many restaurants have opened there, but it has been home to the Melting Pot, a popular fondue restaurant since 1997.