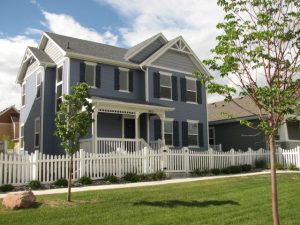 “After four years of plunging home prices, the most attractive asset class in America is housing,” proclaims Fortune magazine, one of the world’s premier business publications, in its April cover story.

The article, headlined “The Return of Real Estate,” explains that several market forces have created a more promising outlook for the industry. An excerpt:

So let’s state it simply and forcibly: Housing is back. Two basic factors are laying the foundation for dramatic recovery in residential real estate. The first is the historic drop in new construction. The second is a steep decline in prices, on the order of 30% nationwide since 2006, and as much as 55% in the hardest-hit markets. The story of this downturn has been an astonishing flight from the traditional American approach of buying new houses to an embrace of renting. But the new affordability will gradually lure Americans back to buying homes. And the return of the homeowner will start raising prices in many markets this year.

The author, Senior Editor-at-Large Shawn Tully, acknowledges that demand has been extremely weak in recent years, but notes that a “remarkable shift in home affordability” and the cost of owning vs. renting bode well for housing’s immediate future.

The second measure, the cost of owning compared with renting, should also inspire potential buyers. In 28 out of 54 major markets, it’s now cheaper to pay a mortgage and other major costs than to rent the same house. What’s most compelling is that in all of the distressed markets, owning now wins by a wide margin — a stunning reversal from four years ago. It now costs 34% less than renting in Atlanta. In Miami the average rent is now $1,031 a month, vs. the $856 it costs to carry a ranch house or stucco cottage as an owner.

Some cities, especially those not immersed in foreclosures, will rebound sooner than others, Tully writes, but even the hardest-hit markets have reason for some level of optimism. One big reason: Investors.

“People always want to live in those sunny locales, and their job markets are starting to recover, albeit slowly. In foreclosure markets, the inventory problem is far greater because it includes not just traditional resale homes but millions of distressed properties. Fortunately those houses are now such a screaming deal that investors, including lots of mom-and-pop buyers, are purchasing them at a rapid pace.”

The bottom line, Tully concludes, is that it’s a great time to buy. His article’s final advice for those on the fence: