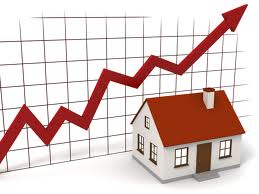 Home buyers seem to be coming out in force with the warmer weather, as the number of existing homes sold in greater Denver last month jumped 44 percent over February, according to Metrolist Inc. data released Monday.

Both numbers were down for the same months in 2010, but an analyst said that’s largely because of a buying frenzy spurred by the federal government’s $8,000 first-time homebuyer tax credit and $6,500 credit for existing homeowners, which expired April 30, 2010.

In addition to the monthly data Bauer released, Metrolist on Monday released numbers for the first quarter.

The average price for a single family, either home or condominium, rose from $222,246 at the end of the first quarter in 2009 to $248,363 in 2011. Bauer attributed that to the inventory of foreclosure homes, or short sells, dwindling.

“Mortgage interest rates are still affordable, but the process from qualification to closing is much more onerous,” Bauer said, noting the era of 30-day closings is long gone.

Overall, Bauer said the growth in the market is encouraging.

“We are now showing a nice, reasonable appreciation,” he said. “The number of under-contracts is coming back. The closings are coming back. The average and median prices are improving. Will we ever get to the double-digit [appreciation] growth we saw in 2000 and 2001? I doubt it. But we should get back to the normal market appreciation of 5 percent a year.”