Sellers listed a lot more homes in metro Denver last month, but not enough to prevent the average sales price for a single-family home from reaching a new high, according to a report Tuesday from REcolorado, the region’s multiple listing service. The average price for a single-family detached home sold in metro Denver went above $400,000 for the first time ever in April, reaching $402,302. That was up 11 percent from last year and 3 percent higher than in March.  A quarter of homes in metro Denver are now selling for more than $500,000. Three years ago, only 10 percent of homes sold for more than that amount. The median price for all homes sold, including condos, was $314,000 in April, up from $312,000 in March. Last month, 7,566 new listings came on the market, a 21 percent increase over March and 8 percent more than hit the market in April 2014. There were 4,416 homes sold, a 7 percent increase from March. That gap between new listings and sales pushed active listings at the end of April to 6,149, 19 percent more than available in March. 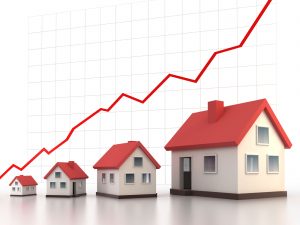 “Improved inventory expanded choices for consumers in April, bringing more buyers to the market and contributing to positive sales,” REcolorado CEO Kirby Slunaker said in a statement. Even with those additional listings, metro Denver has only a six-week supply of homes available at the current pace of sales, much tighter than the 4½-month supply averaged nationally, according to the National Association of Realtors. New listings are still selling quickly, finding a buyer in just 24 days on average versus the three months averaged nationally, according to REcolorado. The current market has been especially hard on first-time buyers, who face multiple bids, including all-cash offers, on the lower-priced homes they can afford. Many are being pushed out to the fringes of the metro area and beyond, including Kiowa, Frederick, Hudson and Dacono. Denver led the nation for home-price appreciation in the Standard & Poor’s/Case-Shiller 20-city index in February, and the March and April home-sales numbers show that momentum is continuing.

To find out exactly how much your home is worth or if your in the market for a new home call Delroy Gill today: 303-803-0258