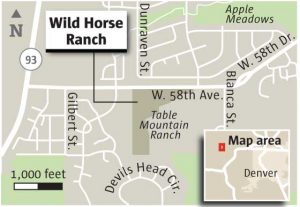 Neighbors of the Apple Meadows subdivision in north Golden might soon see grading equipment on the vacant parcel south of their homes.

Because neighbors had expressed concerns about drainage issues, Commissioner Faye Griffin requested follow-up information be provided in the future, but the plat was approved by commissioners unanimously.

Apple Meadows resident Daniel Stanton said a major concern is the groundwater level. After several other housing developments were built around Apple Meadows in the years since he bought his property in 1982, neighbors in his subdivision started experiencing flooding in their basements in 1995. He attributed it to those developments and said his basement has flooded because there are no storm drains.